A decade in the Far East: Alumni couple have lived, worked in Asia since 2007 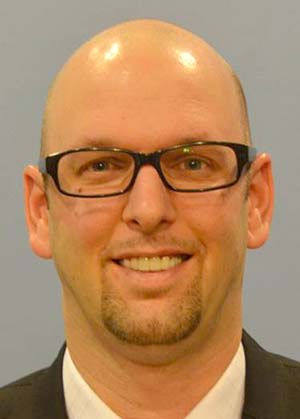 An open mind and a sense of adventure have taken Ray and Nichole (Post) Deidrick around the world.

Ray, who graduated from Trine University (then Tri-State) in 2001 with a degree in chemical engineering, currently serves as senior director of Asia-Pacific operations for Ingredion, a Fortune 500 company that manufactures sweeteners, starches, nutrition ingredients and biomaterials for industries ranging from foods and beverages to paper and pharmaceuticals.

“It's been an interesting 17 years since I graduated from Trine,” said Ray, who has been based in Singapore since 2017.

Tri-State provided more than just the educational foundation for Ray’s career. He said the university helped arrange his initial interview with National Starch in Indianapolis, where he went to work as a plant engineer.

“National Starch was ultimately sold to Corn Products, and the combined company renamed as Ingredion in 2012,” he said.

At Indianapolis, Ray performed process and project engineering as well as production management duties. Nichole graduated from Tri-State in 2002, the couple married, and she began working as a project manager for the City of Indianapolis.

Ray said his position offered “great opportunities to work on some exciting engineering projects.” However, in April 2007, an even greater opportunity presented itself when he was asked to become plant manager for the company’s Songjiang, China, facility.

Friends who were the couple’s age were very excited, Nichole said. Older friends and family were worried about their safety.

“A lot of our younger friends wanted to come visit, and have,” Nichole said.

“Our family and friends thought we were a bit crazy at first, and assumed we would be gone a short time, like two or three years,” Ray said.

“Honestly, I was not the top preferred candidate, but nobody else was up for the adventure, I suppose,” he said. “Nichole and I were.”

Nichole, who by this time was working as a regional technical manager for Firestone Building Products, stayed in Indianapolis for a year to complete her work contract, and planned to take a year off work, since Ray was on a two-year contract in China. Having grown up in the Midwest, Nichole said she had some initial culture shock once she arrived overseas.

“Asia was probably not on my bucket list to travel to,” she said. “But this was a once-in-a-lifetime opportunity that, personally and professionally, we couldn’t pass up.”

Ray flourished in China, and the couple decided to stay once the two years were up. He expanded his responsibilities to include the company’s agriculture business and supply chain, and his involvement with the latter inspired him to begin a master’s degree in supply chain management through Penn State University’s distance learning program. He completed the degree in 2013.

“Being a civil engineer, it was harder to find opportunities in other countries, so I had to reinvent myself,” she said.

Ray moved to Thailand In December 2011 to take responsibility for Ingredion’s overall operations there, which includes four manufacturing sites making ingredients for food, pharmaceutical and industrial applications from tapioca and rice.

In January 2017, Ray was promoted to his current position, where he leads Ingredion’s Asia-Pacific operations and serves as a member of its Asia-Pacific Executive Leadership Team. In this role, he oversees Ingredion’s operations in India, South East Asia, Greater China, Korea, Japan and Australia/New Zealand. Nichole, who most recently worked as head of human resources and communications at Concordian International School in Bangkok, joined him in Singapore after finishing her contract at Concordian, and is looking for her next work opportunity.

“We have 10 manufacturing sites in four countries: Korea, China, Australia and Thailand,” Ray said. “We also directly manage product distribution into more than 15 countries. There's never a dull moment and I really enjoy the dynamic nature of Asia-Pacific.”

The couple said the environment has been different in each country where they have lived and worked.

“Working in China is an easier transition because Chinese people are similar to Americans,” Ray said. “They are willing to work hard to get more in life and want to do that to support their family and kids to have a better life. Thailand is quite a bit different as many people are not driven to do more. They want balance and happiness in life and don't equate more money or more things to happiness — and maybe they have it figured out.”

With only little more than a year in Singapore, Ray said he hasn’t formed a strong opinion about the nation, but so far he has found it more sterile and orderly than China and Thailand, with a very organized culture and English spoken as the primary language.

“I love the controlled chaos of China and Thailand,” he said.

“It doesn’t matter where we’ve gone. For 90 percent of the people we’ve met, the most important things in life aren’t that much different than in the United States. They all want to make a living,” Nichole said.

“The longer we're away, the stranger it feels when we are back,” he said. “Portions of food and drink are too big, it's not crowded anywhere we go, and people complain about money when they generally have much more than the middle class in Asia.”

“When we come back to the United States we try to spend some time with friends and family celebrating things we missed throughout the year,” she said.

Family and friends also worry sometimes about events overseas that have little impact on the couple. For example, there was a junta in Thailand while the Deidricks were living there, but for the most part, Nichole said, life went on as normal.

“There were three spots where there were rallies, and as long as you didn’t go there everything was fine,” she said.

Ray said his education at Tri-State “did a really great job” of preparing him for his career.

“I think it was the right balance between engineering theory and practical requirements,” he said. “I have probably interviewed 10,000 people in my life, including many fresh graduates, as I have driven new graduate programs in China and Thailand. I can say that I would love to find more graduates with the practical engineering skills of a Trine graduate. That said, I think it is very important that people continue to learn as they grow in their career, which is why I went back to school.”

Ray said being open-minded and willing to take on adventures, as well as appreciating the strengths and differences of others, have allowed him to take advantage of the opportunities he’s been given. He thinks at least some of the open-mindedness came from his experiences at Tri-State.

“Trine is a very inclusive university,” he said. “Our company runs a lot of diversity and inclusion initiatives, and I really believe that inclusion piece is important and what Trine is really about: making people feel welcome and learning how they can use their unique skills to add value to the wider group and university.”

Nichole said she would recommend living and working overseas to anyone who has the opportunity.

“We are extremely happy we took this leap and have had these experiences and opportunities,” she said.

Photos: Top, Ray and Nichole (Post) Deidrick stand outside the Taj Mahal during one of their many travels. The couple have lived and worked in Asia since 2007. At right, Ray Deidrick serves as senior director of Asia-Pacific operations for Ingredion.