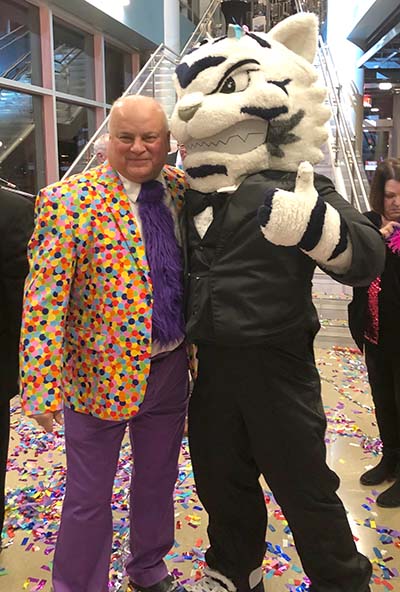 Trine University mascot Storm was one of several mascots on hand for the Fur Tie Fundraiser on Dec. 19 at the Mascot Hall of Fame Interactive Children's Museum in Whiting, Indiana.

The event was the soft opening for the museum, which officially opens Dec. 26. Storm was invited because Trine students helped design one of the exhibits.

At right is Mayor Joseph M. Stahura of Whiting with Storm.