The funds were raised through a week of activities that culminated with a pageant on Feb. 8 in the T. Furth Center for Performing Arts.

Eight male students competed in this year’s BMOC event. Austin Nault, a senior from Rochester, Indiana, majoring in design engineering technology, came in first and was named Big Man on Campus. Caleb Herber, a junior from Fort Wayne, Indiana, majoring in design engineering technology, was named Mr. Pink Ribbon, which recognizes the contestant chosen by the other competitors for showing the most enthusiasm and sportsmanship.

Penny Wars made up 20 percent of contestants’ overall scores and took place during the week leading up the pageant. For this event, each contestant decorated a jug and tried to get it filled with as much money as possible.

War Night also counted for 20 percent of the final score. This event required contestants to gather four friends and participate in a series of games and obstacles, including an obstacle course, a dizzy bat race, a three-legged race, team jump rope and tug of war.

Pageant Night made up the final 60 percent of the scores. This event included talent, What BMOC Means to Me, pick-up line, dress like your hero, and Q&A.

At the beginning of the pageant, Lynda Houk, executive director of the Vera Bradley Foundation, gave a short speech, sharing where money donated to the foundation goes. The foundation supports a current project at the Melvin and Bren IU Simon Cancer Center to create a targeted treatment using a monogram medicine that looks at the DNA of the cancer and patient. 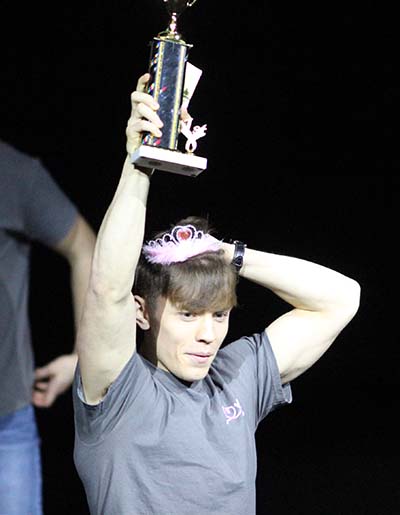 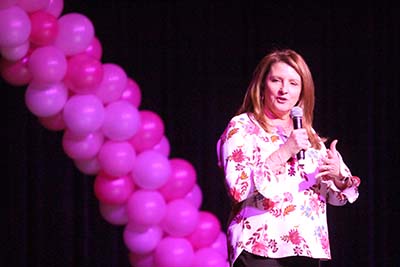 Lynda Houk, executive director of the Vera Bradley Foundation, speaks at the Big Man on Campus pageant on Feb. 8. 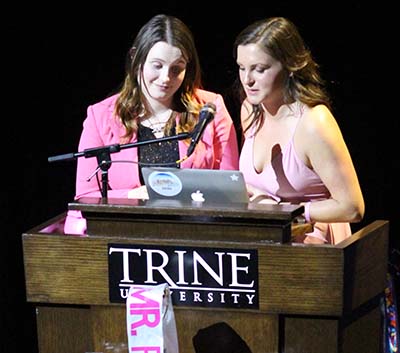