GiGi’s Playhouse is a national organization with 43 locations that serve individuals with Down syndrome from birth through adulthood. Its mission is to change lives through consistent delivery of free educational, therapeutic-based and career development programs for participants and their families.

Nicole Edmonds, an adjunct faculty member in Trine’s DPT program, reached out last year to the Fort Wayne location as part of the Neuromuscular II course she teaches.

“We cover everything from cerebral palsy to muscular dystrophy to Angelman syndrome to Down syndrome and all things between,” she said. “The goal of the class is to introduce the students to information and experience surrounding all sorts of ages, stages and abilities.”

She and Holly Tonak, executive director at the Fort Wayne Gigi’s Playhouse Down Syndrome Achievement Center, discussed having DPT students host an event at the facility.

“Holly was completely on board with my idea,” Edmonds said. “We decided a carnival was a great opportunity for my students to give to the community and to develop hands-on experience with families in the community that may or may not have different abilities, and for the friends of Gigi’s to have a good time!”

This semester the second-year Trine DPT students were assigned the task of developing a carnival for two different age groups. The event, held April 18, included games for preschool age and younger as well as school-aged children and older.

“As guests arrived, the students were encouraged to talk, play, modify tasks to allow for a challenge and a good time, and make those guests smile,” Edmonds said.

Tonak said the carnival provides multiple benefits for the people her organization serves.

“It provides a fun way and purposeful way to work on motor skills. It is also a wonderful way for our participants to work on social skills, like waiting in a line, sharing, body space, etc.,” she said. “Due to the quality of students who volunteer their time, our families were able to take their eyes off their child, knowing they were safe, and use that time to connect with other families.”

One of the Center’s adults who “is not a fan of crowds or being around a lot of unknown people” came out of his shell and took part in several games, Tonak said.

“This speaks highly of the caliber of students who volunteered their time to make this carnival the success that it was,” she said. “This partnership has been an absolute blessing to our Playhouse.” 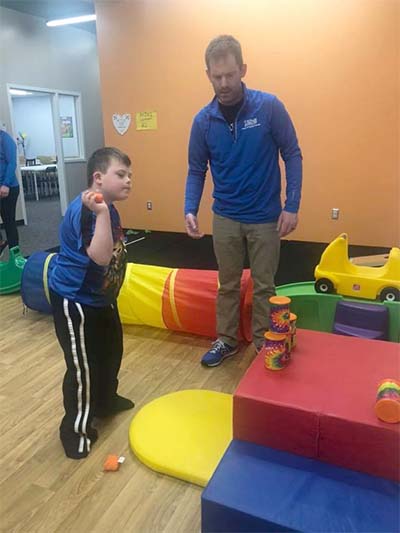 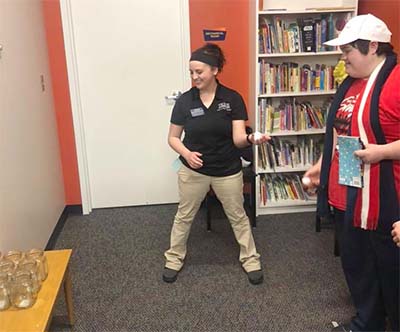 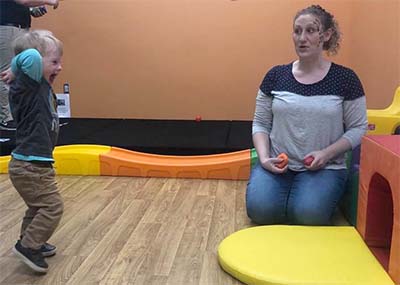