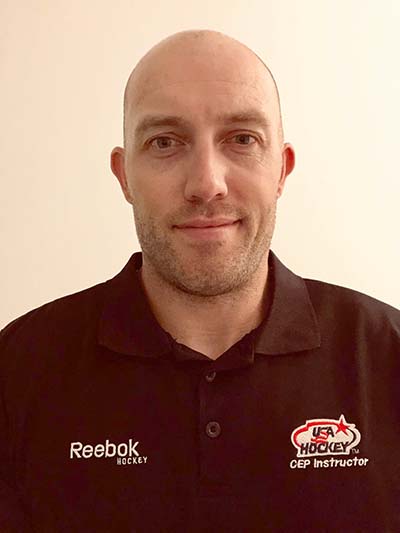 John Mihalik most recently served as hockey director and director of player development at Palm Beach Skate Zone in Lake Worth, Florida. In that role, he managed youth and adult hockey leagues, clinics and camps, with duties including recruiting, promotion, coaching and administrative work. He also was responsible for recruiting, training and evaluating youth hockey coaches.

He also served as an assistant manager and graduate assistant at the Kent State University Ice Arena.

“We are very excited to have John join us in the rink to oversee the youth hockey program,” said Mike Ferrell, Thunder Ice Arena manager. “Besides his many years of experience directing and growing youth programs, John has been with a college rink before, and will have great ideas to add programs for our students.

“John has a great love for the game of hockey. He enjoys teaching and helping kids meet their goals and dreams.”

Mihalik said he is looking forward to growing youth hockey in Angola and northeast Indiana, and is excited to meet current youth hockey players and families.

“My philosophy revolves around making sure kids fall in love with hockey through fun practices that teach the game and develop skills,” he said. “My goal is to continue to provide a fun, athlete-centered, professionally run youth hockey program.”

He said he was impressed by Trine University, including the top-notch ice rink, beautiful campus and genuine, friendly staff across campus.

A Kent State University graduate, Mihalik earned a Bachelor of Science degree in sport management and a Master of Science in sports studies with a concentration in athletic coaching and sport administration.

He played on the men’s hockey team for four seasons while an undergraduate at Kent State, serving as assistant captain his senior season. During that time, the team made two appearances in the national tournament.