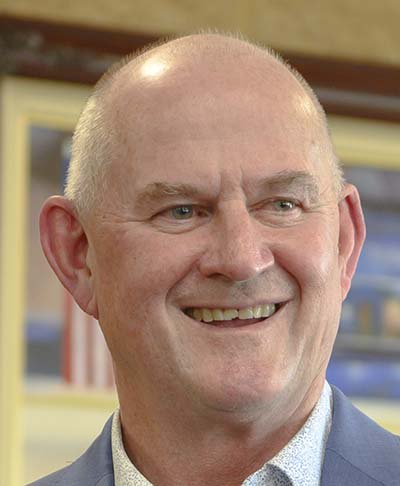 In the newest episode of Trine University’s Center for Sports Studies podcast, Dave Christian, a member of the 1980 U.S. Olympic hockey team, talks with center director Brandon Podgorski about his experiences on that team as well as during his 15-season career in the NHL. He also shares advice on leadership.

The 1980 U.S. hockey team is best known for the “Miracle on Ice,” a 4-3 victory over the heavily favored Soviet Union. The U.S. would go on to win the gold medal.

Christian was drafted by the Winnipeg Jets, where he set a record that still stands by scoring just 7 seconds in his first NHL game. He went on to play for the Washington Capitals, Chicago Blackhawks, Boston Bruins and St. Louis Blues.

Today, Christian is co-director of leadership development for Cardinal Glass, based in Minneapolis.

Produced through the Trine Broadcasting Network, the Trine Center for Sports Studies is a bi-weekly podcast focused on the business side of sports, including interviews with sports professionals and current research in sports studies. Hosted by Podgorski, the podcast is available at css.transistor.fm as well as on platforms such as Spotify, iTunes, Google Play and Stitcher.