Trine University recognized the top male and female student-athletes in its Class of 2021 during the university’s Honors Day ceremony on May 6. 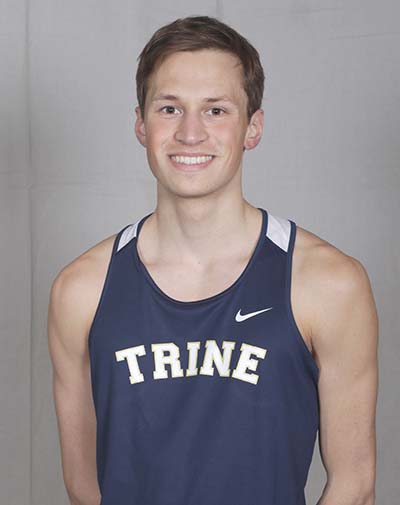 Beakas graduated with a Bachelor of Science in civil engineering and a minor in environmental engineering, maintaining a 3.968 grade point average.

“It’s been an absolute pleasure coaching Jack Beakas over the last four years,” said Zach Raber, head coach for cross country and associate head coach for track. “He came to Trine University as a young man who just needed the right environment and a bit of confidence to start seeing more athletic growth. With a tremendous amount of determination and willingness to prepare, he has become an absolute force on the cross-country course and the track.” 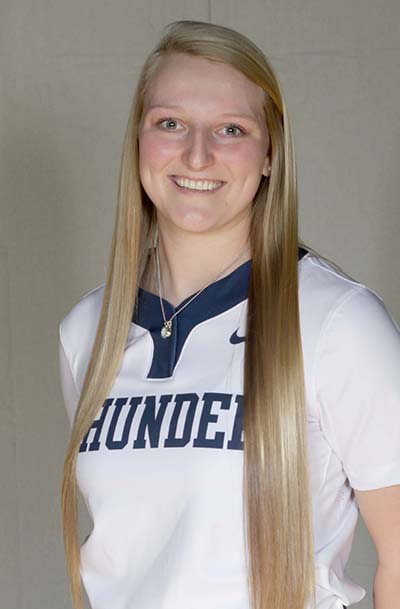 As a member of the softball team, Kampmann has been instrumental in the program’s successes, leading the team twice to the NCAA Division III National Championship Tournament, including an overall third place in the nation finish in 2019. During her time at Trine, the Thunder have won three MIAA regular season championships, two regional championships and two super regional championships.

Kampmann graduated with her bachelor’s degree in both sport management and marketing. She is currently completing her MBA, working 30 hours a week and competing on the softball team, while maintaining a 3.7 grade point average.

“Hannah has worked to represent the proud tradition of Trine softball,” said Trine softball Head Coach Don Danklefsen. “She has left a legacy that no other pitcher in school history can match. Her hard work and unselfishness will be what she leaves as her legacy.”