Though only in his first year at Trine University, Garrett Adams has already had experiences typically reserved for upperclassmen.

The Greenfield, Indiana, mechanical engineering major has been part of the university’s Basic Utility Vehicle (BUV) team, usually made up of only seniors. He also will complete a co-op related to his BUV experience in the spring.

Garrett’s family has had an interest in motor vehicles for generations. His grandfather drove Indy cars and his family has continued to race go-karts, with Garrett himself racing from ages 5-17.

After coming to Trine, Garrett joined the university’s Society of Automotive Engineers, where he serves as secretary and student representative. He was working on the SAE car when members of the BUV team approached him about assisting with their efforts.

In the BUV competition, each school designs a simple, low-cost vehicle that could hypothetically be used in a developing African country to perform daily tasks over rough terrain. Vehicles must be capable of pumping water onto their vehicle from a pond, successfully navigating a muddy 2.2-mile course and returning the water to the pond. The team that transports the most water during the allotted time period is declared the winner.

Trine has won the competition each of the last two years it was held.

Garrett said when he joined the BUV team they didn’t think he would be able to contribute a lot of time, but he exceeded those expectations. His work for BUV team has focused on research for converting the car to electric.

“It’s really cool, and the people on the BUV team are fun to hang out with,” he said.

Besides being fun, he said the experience has allowed him to see how the design and engineering process works. It also helped him plan his coursework at Trine: He’s added some electrical engineering courses to learn more about electric motors. 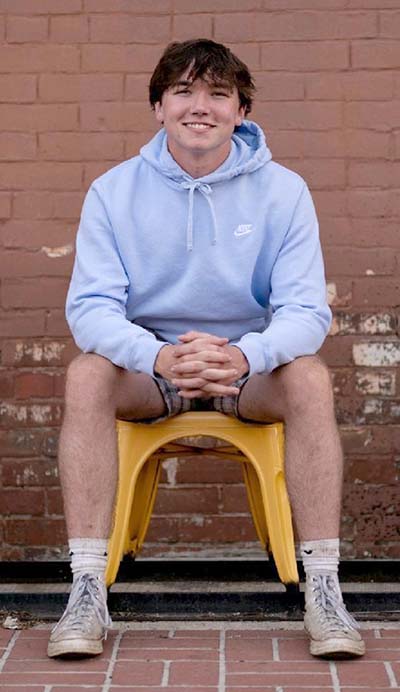 Beyond his work with the BUV team, Garrett will take part in a co-op at Nidec Drive Systems in Fort Wayne during the spring 2023 semester.

John Liu, Ph.D., assistant professor in Trine’s Wade Department of Mechanical and Aerospace Engineering, approached Nidec at Trine’s fall Tailgate for Talent. Nidec invited Liu and other Trine officials for a plant tour and offered to sponsor the BUV team.

Nidec asked if a Trine student would be willing to do a co-op to program the motors that will be used in the BUV to be more cost-efficient. Joe Thompson, laboratory manager/instructor, and his team gave Garrett a strong recommendation.

Garrett hopes eventually to work in the automotive industry, but said he may also continue into graduate school after he completes his degree at Trine.

“I really love learning,” he said.