Every day, Bryan Jeffrey helps to protect the Microsoft 365 data centers that power one of the world’s most ubiquitous software packages. 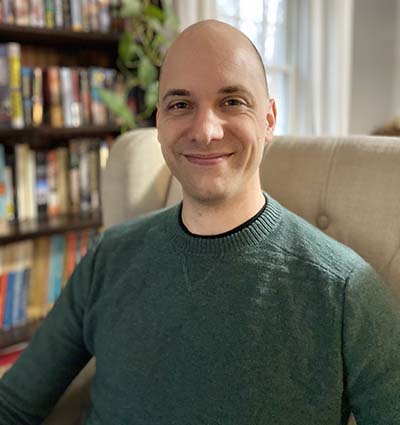 The 2006 Trine University graduate is a principal software engineer for Microsoft, where he works on the Office 365 Core Security Team.

“Our team is responsible for making sure that the data that customers put into our datacenters stays secure,” he said. “We consume something like 15 or 20 million events per second and try to take that data, which is full of information about what’s happening, and convert it into insights, and take those insights and convert those into spotting bad guys in the system.”

Bryan started college in New Jersey and was “underwhelmed” with the curriculum. While looking at other schools, he found unique opportunities at Tri-State University, which today is Trine University.

“Mainly the smaller class size, the group projects and the emphasis on cooperative learning,” he said. “I joined Tri-State as a computer science major, and then decided to double major in computer engineering.”

After graduating with both degrees in 2006, he got a job with Northrup-Grumman as a field services engineer, where his responsibilities included maintaining systems and building new systems, from hardware to software and patches. He next worked for AT&T, where he designed a network forensics and intrusion detection system.

He eventually decided to move out of the Baltimore area where he lived, and joined Microsoft in Boston.

He said the microcontroller and embedded systems courses taught by Dr. Sean Carroll at Trine gave him the tools for many future projects.

"There are lots of people who can write code or build hardware. I think the key is to point the vision in the right direction and then go there."- Bryan Jeffrey

“They taught us so many things, it felt like you could do anything with those courses,” he said.

His capstone project gave him the opportunity to break a large task down into pieces and work together as a group, making sure all the components integrated. He also said the technical communications courses offered at Trine gave him a solid foundation for his career.

“There are lots of people who can write code or build hardware,” he said. “I think the key is to point the vision in the right direction and then go there. The written communication skills and the ability to work together as a group that Trine builds as a part of having smaller classes and lots of group projects are a pretty important part of this.”