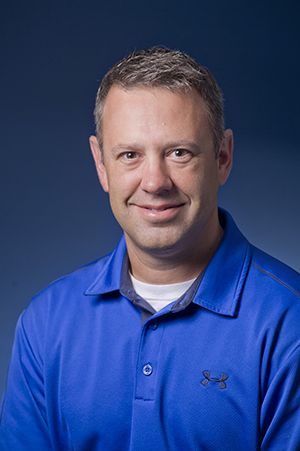 As the 16-year-old delivered the pitch and the umpire called his sixth consecutive ball, the coach could barely restrain his frustration. “Throw strikes!” he bellowed from the edge of the dugout, throwing his hands in the air.

Is this the fundamental advice the coach gives during January bullpens, hollering “Throw strikes!” each time one of his high school pitchers misses his location? When addressing his staff, does he plead with them, “We have to throw strikes!” after a 6-walk performance?

Their frustration teems and they shout out infantile pleas that accomplish what? Certainly nothing positive. Football defensive coordinators stomp and bellow, “Tackle!” after their defenses get gashed, basketball coaches hop in their sports coats, “Rebound!” they scream, and track coaches implore their runners, “Faster!”

In the throes of competition, coaches’ irritation regularly manifests itself as inane directives that do little more than provide venting for the coaches but nothing of substance for the player.

Are these empty clichés detrimental to athletes’ efforts? If so, what can a coach do to stop substituting hollow commands for meaningful coaching?

First, let’s address the effect of “Throw strikes!” The message is obvious – this is exactly what the pitcher is trying to do, what he wants to and perhaps, at his weakest point, hopes to do. So on the surface, the comment is superfluous. Now, upon deeper reflection the player may assume the coach believes he is so dimwitted that he does not have a grasp of the most basic function of his position. Why else would he beg him to find the strike zone?

At the instant the coach screams his direction, the pitcher’s embarrassment concerning his performance is amplified because he perceives his family, his friends, his teammates’ family and friends all can easily interpret the true meaning behind the coach’s command: “Pitcher, you are so thick, you don’t know the main goal of your position to the point that you are failing your team and most likely going to lose this game for us.” So, unless the goal is to undermine any hope of improvement, the screaming of “Throw strikes!” isn’t positively impacting the pitcher’s performance.

Now, a coach in retrospect might say he did not mean to imply his pitcher temporarily lost his mind or that the pitcher should at that moment bear the full weight of the team’s current failures. But the coach’s intentions are worthless, at that moment; the perceptions of the pitcher are the primary concern, and “Failure!” is what he is hearing.

What is to be done? Fortunately, there are ways to recognize and end the “Throw strikes!” routine.

Call on your inner pitcher-whisperer:Figure out what each pitcher responds to. Some want to be left alone to figure out their issues. Others want mechanics advice. Some want comic relief. If a coach doesn’t know what a pitcher responds to, ask him. It’s amazing how a player will buy in when a coach is willing to adjust coaching based upon player feedback. Being player-centered means coaches view hardship more from the players’ perspective and less from their own.

2. Recognize the urge to yell forming.

The frustration is palpable and it wants to be voiced. Coaches seem to respond to it reflexively; normally rational and reserved human beings become irrational and irate. Become familiar with this feeling at its initial bubbling. If self-identification is inconceivable, ask a trusted assistant to be the alarm. The assistant must be secure enough to challenge the coach in the midst of rage.

Wait before responding, just a few seconds. Be conscious of the message, the tone of the message, and how the pitcher will receive the message. Easy to suggest this, but hard to do this when the pitcher is skipping pitches up to the plate like he’s playing cricket. Train yourself to pause so a beneficial message is sent with a positive tone. After all, the goal is to get the pitcher to work forward rather than dwell on the past.

What is happening out there on the mound? What mental cues can be given to refocus the pitcher? If a string is used throughout the preseason during bullpens as a target for keeping the ball down, the coach can replace “Throw strikes!” with “Get the ball beneath the string!” Now the pitcher can focus on a drill he has done thousands of times. Like Tim Lincecum’s dad, if a pitcher picks up dollars to finish his pitches, the coach can yell “Grab those bills!” Team sayings remind players of drill work and fundamentals, the values established in practice, minus the perceived insults of the simple “Throw Strikes!” demand.

Ultimately, a coach searches for the right words to get a player to do whatever is needed at that moment. “Throw strikes!” and “Tackle!” and “Rebound!” and “Faster!” – along with the accompanying baggage – do not motivate players to perform at a higher level. Most likely, they only cause embarrassment and resentment. Providing players with meaningful instruction and emotional stability is far more constructive. Coaches will see immediate dividends when they develop a filter to prevent those dumb things from being said.