Every year, Notre Dame holds a tournament in memory of a 1995 freshman, where surrounding engineering universities come together to compete in a robotic football league. Before the tournament, a combine is held, which is similar to that of the NFL. Teams participate in events for speed, agility, throwing accuracy, and even kicking. Points are awarded based on how each robot performs. Afterward, the football tournament commences for schools with full robotic teams (consisting of 8+ robots) on a basketball court.

During the 2019 spring semester, Dr. Sharma of the ECE Department proposed building a few football robots for one of his lab projects. The end goal was to eventually participate in the ND combine. A few students, including myself partook in this project. At the of the semester, we had working prototypes and showcased our work at the 2019 Senior Design Expo, which was a tremendous hit.

My honors project consisted the continuation of building a quarterback robot to meet the requirements laid out by Notre Dame, as there are many restrictions on dimensions, materials, and electronic components.

I designed, manufactured, and programmed a Quarterback robot which receives a hike, throws a miniature football and senses being tackled. After learning how to use the Solidworks CAD software, I drew the chassis, body, and throwing mechanism which were then manufactured by Burr Oak of Sturgis, Michigan. Upon receiving the manufactured parts, I assembled the entire robot, wired all electrical components, and programmed the robot to communicate wirelessly with an Xbox controller. The robot meets all requirements of Notre Dame, including dimensions, weight, and operation.

My robot was complete and ready for competition this spring in the combine event. However, due to the recent COVID-19 virus outbreak, both the combine and competition were cancelled this year.

This piece shows a male face fractured into different geometric shards. This represents how American Literature has always searched for its identity. A big emphasis during these classes was trying to piece together how the variation of people and ideas combined to form American Literature.

The fractured shards and various colors in the face represent the many facets of American Lit. Authors descended from different countries, held different ideas, and wrote with different styles. It felt impossible to narrow down an easy definition of the genre, so I wanted this piece to show that.

Shakespeare & His Times: Watercolor and ink on paper

This piece intertwines symbols, quotes, and William Shakespeare himself to show the intricate and varying worlds Shakespeare created within his plays. Some of the depicted plays include: Othello, Romeo & Juliet, A Midsummer Night’s Dream, and Twelfth Night.

I used watercolor and ink to give it an older, parchment-y feel. The plays may be old, but the themes are universal and can still be related to today.

This piece shows Shambaugh Hall cut in half diagonally, one side colored and the other black/white. This shows that writing can be cut and dry, maybe a little boring, and stick to the main facts (black and white), but it can also be colorful, detailed, and interesting.

This piece focuses on the bright, contrasting colors on the bottle and has a quote from J.R.R Tolkien on the back. It is meant to demonstrate that fantasy literature stirs the imagination and contain all kinds of themes, characters, colors, and magic. I painted on a bottle to further extend my point about imagination. When brought to life, fantasy literature goes beyond a 2D surface, it can only be properly displayed in a 3D way.

It’s a [REDACTED] Thing is podcast I created, featuring cohosts Lake Wann and Ian Price. This compilation of episodes shows different aspects of Communication classes, including: marketing the podcast, drafting up weekly content, recording the audio in a studio, and editing the audio into a final episode. Communication isn’t just theory about public relations, it is also creating fun and engaging content.

It can be found at anchor.fm/mycah-houser 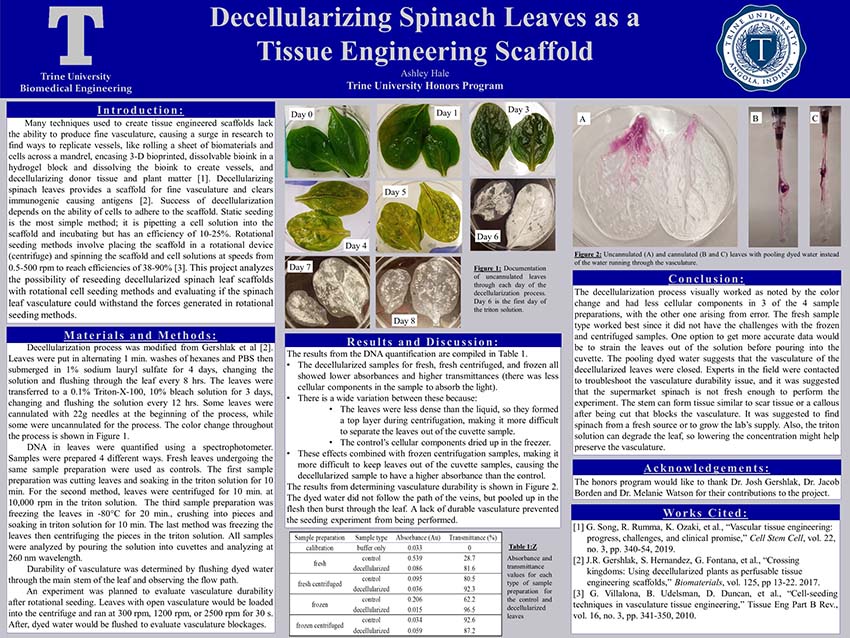 I created a graphical user interface (GUI) to analyze mass-flow rate and pressure throughout pipe flow networks having straight pipes, elbows, minor losses, tees and pumps / fans. I created this application using the Python coding language and the concept of polymorphism. This drag-and-drop application supports the following actions.

Pipe flow networks may be saved, loaded and deleted from the main window. These values are saved in text files called input files. Once enough information is specified, a pipe flow network may be analyzed. This displays a text field with the mass-flow rate and pressure at each node of the pipe flow network.

The application only supports one working fluid, and this information may be entered on the main window. I suppose a future version could involve multiple working fluids – this solution would undoubtedly involve color coding and heat transfer information.

This is only an “Alpha version” or prototype; there are many ways this application may be improved. Nodal data could update on connection. Curves could be “beautified” as rectilinear when released on a node. Functionality could be added to make the canvas infinitely large using the scrollbars to support all-sized pipe flow networks. Perhaps a future student could improve on this script and make it something great.

A side note: Images used in this application were shamelessly taken from clip art easily found on the internet.