The American Sports Influence in London

On Sunday, October 2nd, I ran the 2022 TCS London Marathon as a charity runner for The Outward Bound Trust. This was the second marathon that I have ran overseas, I ran the Berlin Marathon in 2017, but what captured my attention on this trip wasn’t the sights and sounds of London during my 26.2 mile jaunt through the city, it was the impact of American sports culture “across the pond”. I traveled throughout the city, from west to east, and I saw numerous American sports teams represented 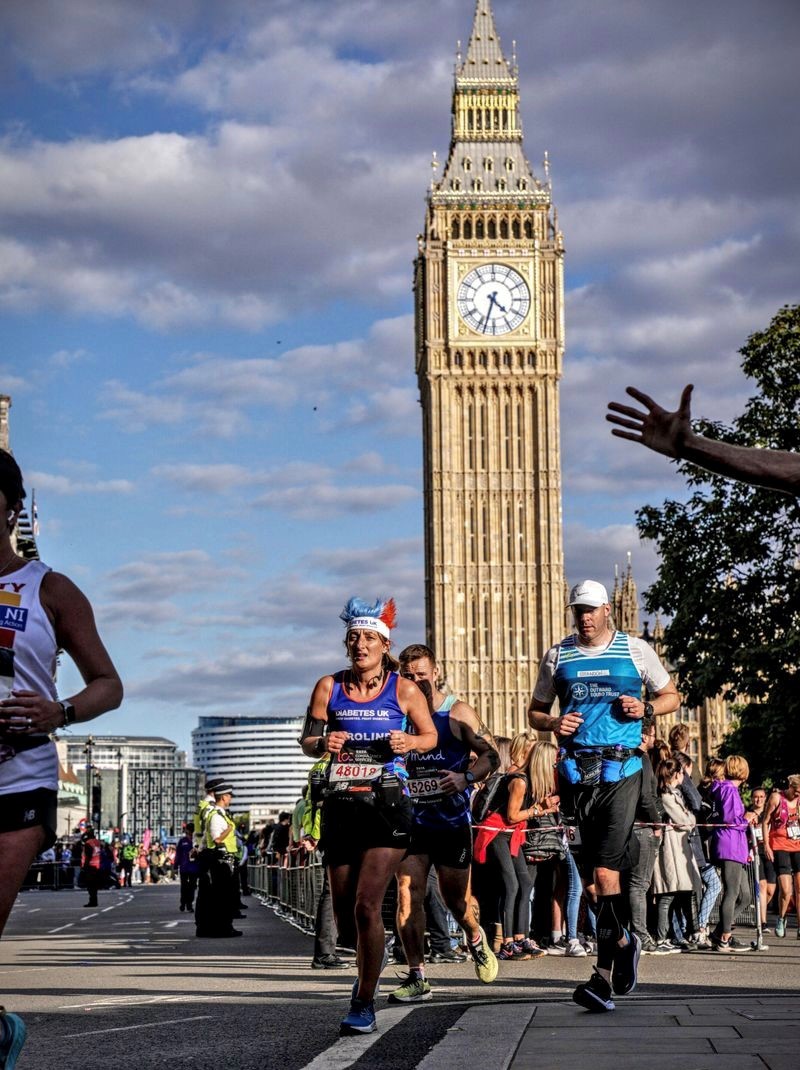 on people’s clothing with the New York Yankees, Chicago Bulls, Boston Red Sox, and Detroit Tigers appearing most often. Perhaps this should not be a surprise since, as the United States became a world power, the “influence of Western culture on world sport mirrored the political and economic dominance of the West” (Woods, 2016, p. 26). Also, the greatest players in the world come to the United States to compete in our baseball (MLB), basketball (NBA), football (NFL), and hockey (NHL) leagues.

What was most striking, however, was a pub located just around the corner from the flat I was renting that was showing NFL games on all their screens. In fact, they had the NFL shield painted on their windows and advertised themselves as the place to watch the NFL in London. I was a bit surprised because in London, and the rest of the world, soccer is the most popular sport (Palacios-Huerta, 2004). Obviously, there was also a large soccer presence in the pub, but my wife and I stopped in for dinner after the race and the pub was full of Londoners in a variety of NFL jerseys cheering and moaning about their fantasy team performance. In regard to fantasy sports, Europe is considered by experts to be the future of the industry (Ploeg, 2017) and it felt like I was back home, albeit with different accents.

On the same day, the Minnesota Vikings were playing the New Orleans Saints just a few miles away at the Tottenham Hotspur Stadium as part of the NFL’s International Series that began in 2007. If my anecdotal data is any indication of the popularity of these games, then I can assure you that both Vikings and Saints fans traveled well. Our plane leaving from Detroit was heavy in gold and black and as we looked at flight options before the trip, we ruled out Minneapolis early since the flight back home on Monday was completely booked. Average attendance of each International Series Game has been 82,500, with an economic impact of £32 million for London in 2013 (Deloitte, 2014), so although football may be a uniquely American game, it’s popularity in Europe is growing. In fact, the NFL is set to play its first-ever regular-season game in Germany this November.

An increase in the ease and convenience of international travel has led to significant growth in travel for sports-related purposes (Gozalova et al., 2014). According to Masteralexis et al. (2018), there are four types of sport tourism: 1) travel to participate in sport activity, 2) travel to view a sport activity, 3) travel to visit a sport hall of fame, stadium, or museum, and 4) travel to volunteer at sporting events. In regard to the TCS London Marathon, the net export effect from overseas’ trade was just under £3.8 million (Thompson et al., 2010). Additionally, an estimated 750,000 spectators watch the London Marathon, resulting in a £13.1 million impact, and over 6,000 people volunteer spending an average of £6 per day (Thompson et al., 2010). Sports tourism is big business and provides cities the opportunity to stimulate their economies with short-duration, highly-attended events. It also helps to bridge the cultural gaps between countries using the uniting power of sport.

Brandon Podgorski is an Associate Professor of Sport Management at Trine University and the Director of the Trine Center for Sports Studies.