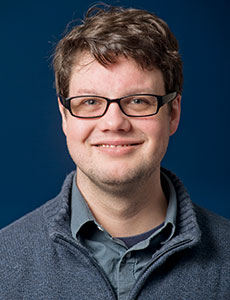 Patrick Ridout is a Librarian and the Assistant Director of eSports at Trine University. Originally from Louisville, Kentucky, he graduated from Indiana University, with degrees in English Literature/English Writing, and Masters in Library Science and Information Science. He grew up playing Nintendo, Sega and PC games, with a particular emphasis on Final Fantasy, Street Fighter, and The Legend of Zelda; which lead to a lifelong obsession with gaming and competition. Patrick currently heads up the Overwatch and DOTA 2 teams, and is excited to see how the teams grow in the future. On off days, you can find him holed up with a book and a giant cup of coffee—no, you’re not picturing it big enough—there, that size.